Roseau, Dominica – December 29, 2009……… Prime Minister of the Federation of St. Kitts and Nevis, Dr. Denzil Douglas has pledged to continue to work collaboratively with Dominica in the development of relations on the bilateral and regional levels.

“ Indeed there is no doubt that the people of your beloved country, that you have had the honour to lead since assuming the position of Head of Government, have reposed the confidence in you to take them through yet another term. Under your able leadership, they have weathered the difficult years of economic decline and sense, with optimistic anticipation, the hope of a more promising and hopeful future of improved social and economic development.

“You can be assured of the continued support of St. Kitts and Nevis as we work collaboratively to strengthen our bilateral and regional relations. Notwithstanding the current global economic downturn, let us remain steadfast in our commitment to confront the many challenges that lie ahead for the betterment of our peoples and our nations.

“ Please accept, Esteemed Colleague, the blessings of the Almighty for this Christmas Season and the New Year as you embark on your third term in office. “

Prime Minister, Hon. Roosevelt Skerrit has enjoyed warm relations with Dr. Denzil Douglas for many years. They have worked together at the level of the Caribbean Community (CARICOM) and the Organisation of Eastern Caribbean States. 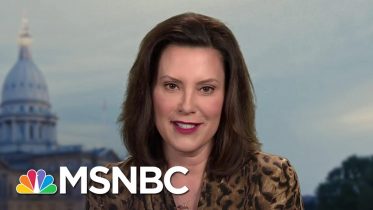 Michigan Governor Gretchen Whitmer, who has endorsed Joe Biden, speaks with Andrea Mitchell as the state heads to vote in the Democratic primary. Whitmer…

Trudeau, Bernier and May engage in three-way debate over Indigenous communities

What to expect from BTS’ new album ‘Map of the Soul: 7’