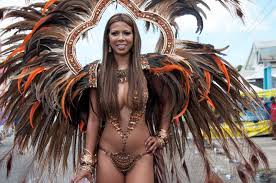 Port of Spain, Trinidad – May 1, 2015 – The Trinidad & Tobago Convention Bureau, a department within the Trinidad & Tobago Tourism Development Company Limited (TDC), will host its first North American Road Show in three major US cities: Washington DC, Atlanta and New York City from May 3-9, 2015.

With responsibility for increasing the number of meetings and conferences held in Trinidad & Tobago, the Convention Bureau will be targeting the key cities that are headquarters to a large number of associations, professional bodies and Caribbean interests who have traditionally been the main source markets for the Meetings, Incentives, Conferences and Exhibitions market (MICE).

The primary purpose of the road show is to increase conference bid opportunities for Trinidad & Tobago, generate leads for hosting meetings and conferences, build awareness of Trinidad & Tobago as a MICE destination, highlight the services of the Convention Bureau and strengthen relationships with key meeting planners in the US Market.

Focusing on the associations and meeting planners that are deemed to be the most lucrative for the destination, the road show will include discussions with 60-70 pre–qualified meeting planners in each city who have a vested interest in Trinidad & Tobago and, by extension, the Caribbean. As a follow up exercise, an educational study tour will be planned in 2016 for 7-10 planners who are seriously considering Trinidad & Tobago for their next event.

Joining the Convention Bureau on this initiative are representatives from the Tourism Development Company Limited (TDC), the Tobago House of Assembly (THA), the Trinidad Hotel Restaurants and Tourism Association (THRTA), The Travel Marketing Network and Cheryl Andrews Marketing Communications (CAMC) – the TDC’s US overseas public relations marketing agencies – who will all play a major role in ensuring the overall success of the Road Show.

For more information on the upcoming North American Road Show please contact the Trinidad & Tobago Convention Bureau by email at amills@tdc.co.tt or info@tdc.co.tt.

In just over a week, Tobago will play host to the leaders of the European Cruise industry when it welcomes the Seatrade Caribbean Cruise forum.

The forum will be hosted by the Division of Tourism and Transportation, Tobago House of Assembly from the 13-14 May 2015, at the Magdalena Grand Beach & Golf Resort. The forum will showcase the Caribbean and provide attending cruise line executives with an in-depth understanding and intimate knowledge of the region.

The Caribbean has consistently been a favoured choice for cruising. According to the Cruise Lines International Association (CLIA), the Caribbean continues to rank as the dominant cruise destination choice; in 2002, 42% of those who cruised chose to do so in the Caribbean (CLIA) and projected figures for 2015 sees the region holding 35% of the Global capacity share. With its vast array of ports of call and year-round mild climate, the region has established itself as a popular destination, made for cruising.

The forum will see a series of high-level discussions, with a strong focus on the scope for development and opportunities within the Caribbean. Home-port and infrastructure, new itineraries and Shorex development will be key areas of discussion for those attending the forum.

In addition there are a number of key industry leaders who will also be speaking at the conference.

Tobago has witnessed a 200 percent growth in its cruise sector in the 2014/2015 period, fuelled mainly by jump in calls from European Cruise Liners.

The Seatrade Caribbean Cruise Forum will exclusively provide ports and tourism authorities the opportunity to meet cruise line executives via pre-arranged, one to one meetings.

CARICOM LEADERS ON MISSION TO GUYANA

Election 2020: Longer voting lines may be a sign of voter suppression | Just The FAQs

Civil rights experts point to long wait times to vote as a sign of growing voter suppression in the U.S. Here's what to expect…

Joe: Trump ‘Will Do Whatever He Can Get Away With’ | Morning Joe | MSNBC