Demonizing and stripping the rights of certain groups (like immigrants, protesters, and people of color). Unlawful search and seizure by federal forces (in multiple cities). Jailing those who could damage efforts to stay in power (like Michael Cohen) and freeing those who break the law on your behalf (Roger Stone and Michael Flynn). Attacking institutions (like the free press and the inspector general system). Mehdi Hassan and other commentators argue that it’s time to call the behavior of President Trump» Subscribe to MSNBC:

Dr. Fauci asked if he feels ‘free’ under Biden. Hear his response

71 Comments on "Trump Attacks The Rule Of Law. Critics Say It’s Time To Use ‘The F Word: Fascism’ | MSNBC" 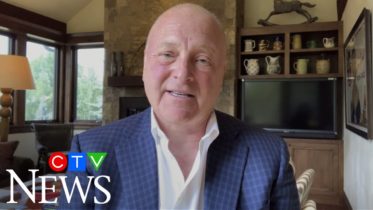 Heyman: ‘If you get involved in a trade dispute with Canada, they are not going to back down”