The murder trial for the officer who killed George Floyd is renewing attention on civil rights and Republican racial attacks from Nixon to the Trump era. The new film "Judas and the Black Messiah" tackles some of these issues, profiling Black Panther leader Fred Hampton and how stories about him downplay legally dubious tactics used by law enforcement. Shaka King, the director of the film, and Grammy-winning singer H.E.R., who composed a song for the film, join MSNBC's Ari Melber to discuss. Aired on 03/09/2021.
» Subscribe to MSNBC:

Trump says he has a hunch about the coronavirus. Here are the facts 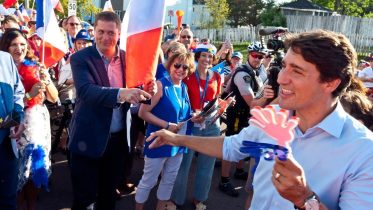 1st Black Woman to Earn a Ph. D in Neuroscience at University of Rochester – September 1 2020