Roseau, Dominica – Friday, August 7, 2015 – Prime Minister of Dominica the Honourable Roosevelt Skerrit has welcomed Vice President of the Bolivarian Republic of Venezuela His Excellency Jorge Arreaza to Dominica. The Venezuelan Vice President led a delegation, which included the Vice Minister for Foreign Affairs for Latin America and the Caribbean Alexander Waynez, to Dominica on Thursday, August 6, 2015.

Prime Minister Skerrit stated that the visit of the Venezuelan Vice President was to advance discussions on economic agreements between the two countries.

“A number of them relate to the operations of Petro Caribe, for example, and one of the major points that we have been discussing with Venezuela is the issue of the procurement of bitumen for the surfacing of the roads because that is a challenge we have. So the Venezuelans have, in fact, given us a firm commitment under the Petro Caribe Agreement they have a quota for us of about 200 barrel of bitumen per day which is our request to them. The President has, in fact, approved that request and it is now for us to operationalize it,” Prime Minister Skerrit said.

Discussions were also advanced on the abattoir and the coffee plant. Dominica and Venezuela have enjoyed a deep friendship since the establishment of diplomatic relations in 1979.

Be the first to comment on "Venezuelan Vice President Visits Dominica" 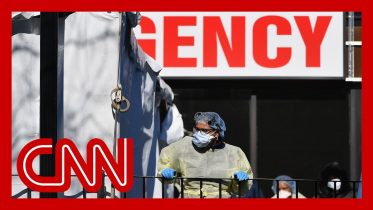 Coronavirus curve: US cases on track to overtake Italy

CNN's Hala Gorani speaks with John Burn-Murdoch, a data journalist at The Financial Times, about the sharp rise in coronavirus cases in the US….

Cummings and goings? Will Dom be done?

See the Australian fires from the sky