WARNING: Viewers may find portions of this trial disturbing
Defense in Derek Chauvin murder trial is expected to call at least one more witness in trial over death of George Floyd.
RELATED:

A medical expert testifying for the defense in the murder trial of former Minneapolis police officer Derek Chauvin told jurors Wednesday the manner of George Floyd's death was "undetermined," contrary to various prosecution witnesses who labeled the death a homicide.

Dr. David Fowler, former head of the medical examiner's office in Maryland, said he believes that Floyd, due to his underlying heart issues, had a "sudden cardiac arrhythmia" while being restrained and subdued by police.

Several witnesses for the prosecution previously said Floyd diedfrom low oxygen due to law enforcement restraint. However, the chief medical examiner for Hennepin County who conducted the autopsy told jurors Floyd's heart disease was a contributing cause of his death.

Duffy Rice: Violence, Death, Brutality Is ‘A Pattern In Policing In This Country’ | The Last Word

How the CARES Act will affect mortgages | Coronavirus Conversations 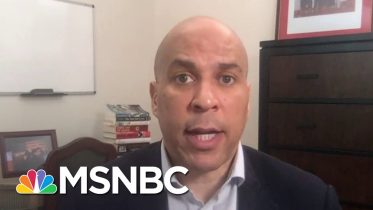 Calls for police reform are continuing across the country and Senator Cory Booker is hoping that reform will include an end to qualified immunity….

Into the President’s Health and Public Trust | Into America Podcast – Ep. 79 | MSNBC

A rise in hate crimes reported. Is it the evidence of the inevitable backlash from BLM uprising?