Why Pennsylvania Court Ruling Is A Win For Democrats

CNN's Harry Enten explains the Supreme Court ruling that Pennsylvania may count mail-in ballots if they are received within three days of Election Day and what this ruling could mean for Democrats.

Greta Thunberg urges public to listen to the experts amid pandemic 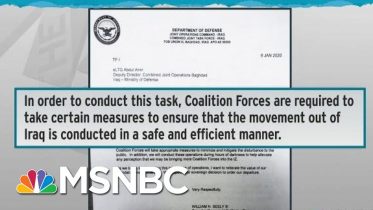 Rachel Maddow reports on the amazing situation in which the U.S. military sent a letter to the Iraqi military informing them clearly of the…

Stephen A. Smith on the state of sports entertainment during coronavirus