Resolution from the Political Council of the Bolivarian Alliance for the Peoples of Our America (ALBA) for the immediate withdrawal of USAID from member countries of the alliance.

On behalf of the Chancellors of the Bolivarian Alliance for the Peoples of Our America, gathered in Rio de Janeiro, Federal Republic of Brazil, on June 21st 2012.

Given the open interference of the United States Agency for International Development (USAID) in the internal politics of the ALBA countries, under the excuse of “planning and administering economic and humanitarian assistance for the whole world outside of the United States,” financing non-governmental organizations and actions and projects designed to destabilise the legitimate governments which do not share their common interests.

Knowing the evidence brought to light by the declassified documents of the North American State Department in which the financing of organisations and political parties in opposition to ALBA countries is made evident,  in a clear and shameless interference in the internal political processes of each nation.

Given that this intervention of a foreign country in the internal politics of a country is contrary to the internal legislation of each nation.

On the understanding that in the majority of ALBA countries, USAID, through its different organisations and disguises, acts in an illegal manner with impunity, without possessing a legal framework to support this action, and illegally financing the media, political leaders and non-governmental organisations, amongst others.

On the understanding that through these financing programmes they are supporting NGOs which promote all kind of fundamentalism in order to conspire and limit the legal authority of our states, and in many cases, widely loot our natural resources on territory which they claim to control at their own free will.

Conscious of the fact that our countries do not need any kind of external financing for the maintenance of our democracies, which are consolidated through the will of the Latin American and Caribbean people, in the same way that we do not need organisations in the charge of foreign powers which, in practice, usurp and weaken the presence of state organisms and prevent them from developing the role that corresponds to them in the economic and social arena of our populations.

Request that the heads of state and the government of the states who are members of the Bolivarian Alliance for the Peoples of Our America, immediately expel USAID and its delegates or representatives from their countries, due to the fact that we consider their presence and actions to constitute an interference which threatens the sovereignty and stability of our nations.

In the city of Rio de Janeiro, Federal Republic of Brazil, June 21st 2012.

The government of the Pluri-national state of Bolivia.

The government of the Republic of Cuba.

The government of the Republic of Ecuador.

The government of the Commonwealth of Dominica.

The government of the Republic of Nicaragua.

The government of the Bolivarian Republic of Venezuela.

Translated by Rachael Boothroyd for Venezuelanalysis

Trump criticizes China for their coronavirus response. Here’s what we know 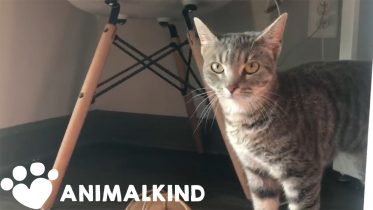 There's no reason to be lonely while sheltering in place. Shelter animals would like to keep you company! RELATED VIDEO » This is how…