Sweeping police reform has passed in the Maryland legislature, overriding a veto by Gov. Larry Hogan, who has been in public disagreement with Baltimore Mayor Brandon Scott over the mayor’s goal of reducing the Baltimore Police Department’s spending over the next five years. Mayor Scott says, “The governor simply doesn't understand because he's never lived it the way I did. He didn't grow up in a neighborhood where he saw a shooting before his 10th birthday and he's not had a gun pointed in his face.” Says Scott, “We know we can do other things…It's about reducing the burden to stop over-relying on police departments.”» Subscribe to MSNBC:

Trump and Bloomberg used to be friends. Now they are waging political war

45 Comments on "Baltimore Mayor on Maryland’s New Police Reform: “We Are Talking About Reimagining Public Safety”" 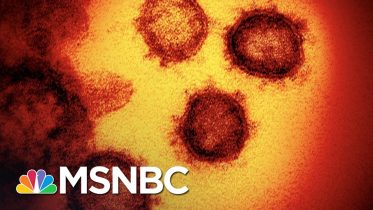 Redlener: Those Downplaying Coronavirus Are Disconnected From Reality | The 11th Hour | MSNBC

Plenty of Trump loyalists, FOX News commentators and others, are downplaying the severity of the coronavirus. Pandemic influenza expert Dr. Irwin Redlener joins to…

Mary Trump: Trump’s Re-Election Would ‘Be The End Of The American Experiment’ – Day That Was | MSNBC

Coronavirus: What to do if you believe you’re infected | Just The FAQs