Roseau, Dominica – April 3, 2009……………… In his address at a reception marking the fifth anniversary of the establishment of diplomatic relations between the Commonwealth of Dominica and the People’s Republic of China on March 23rd 2009, Prime Minister, Hon. Roosevelt Skerrit stated that despite the fact China has not been spared the ravages of global economic downturn, the People’s Republic of China remains even more committed to Dominica’s development.

“Distinguished Ladies and Gentlemen, not only has China not retreated from its commitments, but it is constantly exploring ways and means of strengthening cooperation between our countries. We ought not to take the friendship of our esteemed and progressive friend for granted,” Prime Minister Skerrit told the over 300 guests at a glittering reception at the State House.

The Dominican leader added that the harsh effects and impact of the global economic meltdown had not adversely affected Dominica’s relationship with China, “because of the adherence of both countries to the fundamental tenets of friendship and mutual cooperation and respect”.

The Prime Minister also commended the Chinese Government in its unrelenting efforts “in reaching out to small and vulnerable states which they know would be early and easy victims of the crisis”.

Hon. Skerrit used the opportunity of the grand reception to reaffirm Dominica’s commitment to the One China principle.

“The Government and People of the Commonwealth of Dominica wish on this occasion to reaffirm our commitment to the One China principle on which our relationship is founded.”

Looking to the future, the Prime Minister said: “We will spare no effort in strengthening and deepening the bonds of friendship and cooperation that bind us together. We are assured that as we continue to give expression to that friendship and cooperation at the bilateral and multilateral levels, we will be able to chart a course that contributes to the advancement and progress of our respective peoples in spite of the challenges posed by the apparent unfavourable global economic situation.” 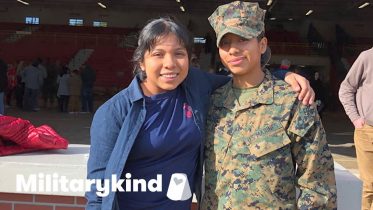 Daneyda had no idea her sister made it to her graduation until she stepped off the stage. 🎉🎓 RELATED: Army son and mom prank…

All In EXTRA: Chris Hayes On Why The Media Can’t Just Ignore Trump | MSNBC