Kimberly Atkins: GOP Think They Can Win Elections By ‘Keeping The Other Side From Voting’ | Deadline

Boston Globe columnist Kimberly Atkins and founder of Country Over Party Matthew Dowd discuss the battle over voting rights shifting to Texas as the state considers a series of bills that would limit access to the ballot box. Aired on 04/06/2021.
» Subscribe to MSNBC:

Kimberly Atkins: GOP Think They Can Win Elections By ‘Keeping The Other Side From Voting’ | Deadline

Matt Miller: Trump ‘Is A Terrible Client To Work For’ | Deadline | MSNBC

President Donald Trump: The Whistleblower Should Be Protected If They Are ‘Legitimate’ | MSNBC

86 Comments on "Kimberly Atkins: GOP Think They Can Win Elections By ‘Keeping The Other Side From Voting’ | Deadline" 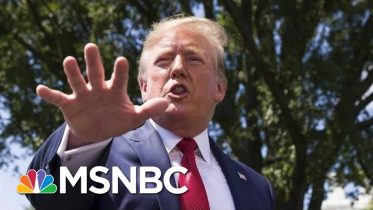 Trump On Reps. AOC, Tlaib And Omar: ‘They Are Anti-Semites, They Are Against Israel’ | MSNBC