New polls, voter registration figures and early voting point to a high turnout election that could defeat Trump and even endanger Republicans in traditionally red states. MSNBC's Ari Melber reports on the evidence while distinguishing between current 'trendlines' and the ultimate results, with analysis by The New York Times Mara Gay and Jon Ralston. (This interview is from MSNBC’s “The Beat with Ari Melber, a news show covering politics, law and culture airing nightly at 6pm ET on MSNBC. ).Aired on 10/13/2020.
» Subscribe to MSNBC: 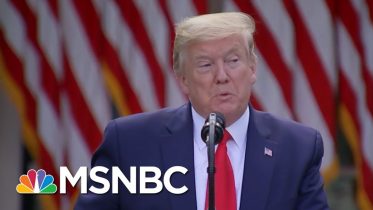