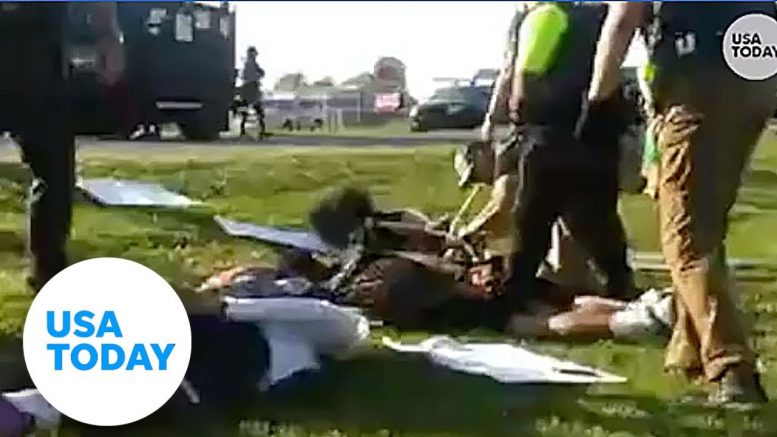 Andre Lamar, who has covered several demonstrations for The Dover Post since the death of George Floyd, was filming a Facebook Live when he was taken into custody. He was released more than an hour later without being charged.

The protesters are seen on the ground with their hands behind their backs, their signs nearby. Lamar can be heard on the video saying, "The police have arrested protesters. We don't know why they arrested them. They slammed them to the ground."

All the things we forgot happened in 2020 | USA TODAY

Tapper to Kudlow: This is as swampy as I can imagine

‘The stench is unbearable’: Inside horrific Venezuelan Covid-19 ward

On the surface, Venezuela seems spared from the ravaging impact of Covid-19, but doctors tell CNN the number of cases is much higher than…